If your chimney lining is too damaged for repairs – or if no lining exists in the chimney in your historic home – you may need to reline your flue. There are several options to consider, but cast-in-place chimney liners are seen as the most “permanent” option for chimney relining. And while this option doesn’t tend to be the least expensive, it has many benefits that can make it worthwhile.

Installing a cast-in-place liner is a labor-intensive process, but the results are a long-lasting, seamless liner that can vastly improve the effectiveness of your chimney.

To install the liner, A-1 Chimney Specialist technicians will insert a former down the length of your chimney, before pumping the liner material — which is similar to concrete — in around the former. The former is removed once the liner sets, leaving a smooth liner that’s free of cracks, gaps or seams.

The Benefits Of Cast-In-Place Liners

If your chimney is in need of relining, a cast-in-place liner could be the right choice. Call to have an A-1 Chimney Specialist technician inspect your flue and help you figure out what option is best for you, or use our online scheduling form.

Another option for relining your chimney is stainless steel liners. Discuss the options with A-1 Chimney to see what’s best for your situation. 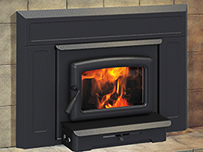 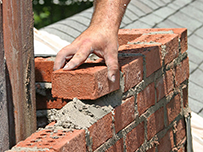